Editor’s Note: Less than a month into registration, we have dozens of Summiteers signed up for our conference in October in Kentucky. Sara Kirkwood is coming back, after attending last year for the first time. She shared this memory with us. Thanks, Sara. You rock!

Two years ago, on the eight-hour drive from Seattle to Missoula to meet him, I named him Wick.  Joe and I laughed that nobody drives that far “just to look” at a horse.  My next words were, “Where do I send the money?”

Joe is Joe Misner, top mustang trainer and partner in Montana Reins of Hope, a program started to train wild horses and the people who love them with the intention that both find soft landings.

Wick was in the pilot year of the program and he was exactly what I was looking for: A young, tall mustang from the Devil’s Garden Herd Management Association in Northern California.  He’d spent his first two years wild in the same area that I had camped growing up as a kid.

His adoption photo showed a lanky gelding in need of groceries and a good brushing and I fell cautiously in love. I watched as he moved out and as he stopped to consider if Joe was really a threat, independent of the small herd he was in. That convinced me he had a good mind. 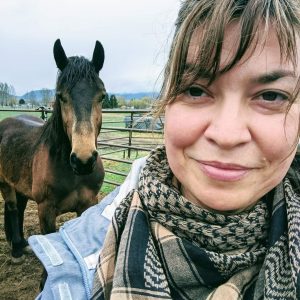 After five months of training, with my monthly visits to bond and learn, I trailered him home to Seattle.  I promised I’d keep him safe and show him the world had good people.  On his stall at a busy show barn, I hung a profile to introduce him.

While he had been under saddle and had a quiet walk-trot-canter in the round pen, he was green. During a second introduction to riding in the outdoor arena, I disregarded his rising tension and, well, bought some real estate that day.  A good outdoor arena in the rainy Pacific Northwest is the hardest surface known to man. My tailbone bore the brunt of it.

They say when the student is ready, the teacher will appear. Warwick Schiller videos were popping up (thank you, machine-learning, targeted marketing!) and after watching a few I was ready to start over on Wick’s foundation with the intention of doing all things with relaxation before moving on.

A few months later, I was promoted and relocated to Tampa, Florida.  Making good on my promise I didn’t ship Wick. Instead, I bought a trailer, put my two dogs in the truck and drove six days straight. Warwick’s methods set us up for success even when we had hesitation. By Day Three our bond was even stronger: I was the constant in his life. He was learning to trust me as a partner.

Shortly after our relocation, I read about the Best Practices Horse Summit. I’m fairly sure I was one of the very first people to register. 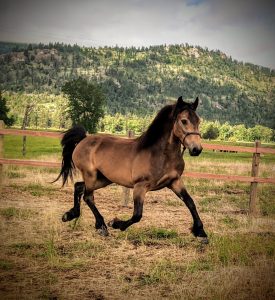 I began to check out the other presenters.  First, Amy Skinner whose frankness and slow and thorough approach appealed to me.  I followed with Jim Masterson videos and played around with the Bladder Meridian.

One month before the conference, we endured a freak accident.  A horse kicked down the bottom half of Wick’s stall.  Scrapes on his back didn’t explain the inflammation. I insisted on x-rays.  Everyone felt I was overreacting until they saw the two crushed vertebrae.

With the prognosis being fair and recovery slated to last 4-6 months, I had a lot of questions.  I posted on Amy Skinner’s page and she referred me to Jec Ballou’s books.  I immediately ordered two of them and started learning about appropriate ground work.

The Best Horse Practices Summit was an amazing experience. I learned so much more than I had ever anticipated and I know my horse is much healthier and healing better as a result. 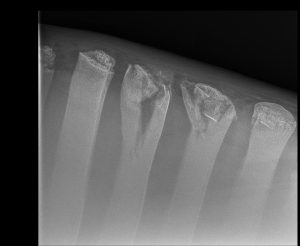 Dr. Sheryl King blew me away with her presentation and has me questioning how many assumptions were based in fact or lore.  I was able to have one-on-one time with Dr Martin Nielsen, parasitologist, to ensure Wick’s worming protocols were optimized.

My natural horse trimmer sends me photos which I was able to have reviewed by Christine Cline. I told my trimmer that I had shown her the photos and she said, “I’m completely honored. It’s absolutely phenomenal when your work is validated. I am definitely in love with my job.”

I told Warwick Schiller I would try not to fan-girl too hard, but being able to share how his work has impacted my relationship with my boy was invaluable.

I was even able to talk to Jec Ballou about her recommendations from her exercises and have kept her updated on his progress.

Speaking of progress: at two months I ordered follow up x-rays and my vet was very impressed with how quickly his bone is stitching and how smooth the topline has modeled. It’s faster than anticipated.

I told him I’ve been doing some walking cavaletti exercises and work on fine motor skills.  My vet said, “I’m glad you told me that AFTER the films.”

We talked about vascularity and its role in mending bone. I posited that offering light exercise, while not pushing him, would bring blood to the withers, an area otherwise fairly devoid of dense blood vessels.

Wick is five months into his rehabilitation. The prognosis is for a full recovery. Meanwhile, our relationship has grown more attuned.

Thank you to everyone involved in creating, bringing together, and presenting at Best Horse Practices Summit.  After for years growing up with horses, I’m still excited about learning how to show up in equine partnership and am grateful for people and events like this one. 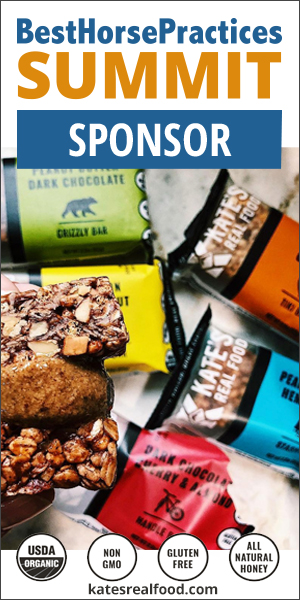 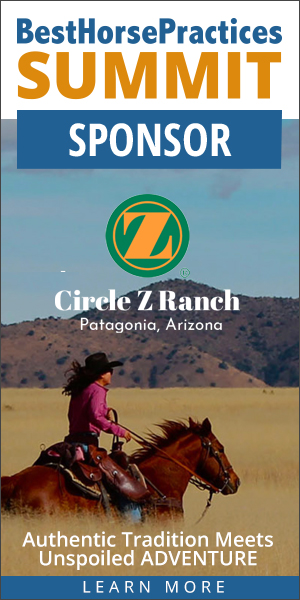